I can't take credit for the following summary of the President's healthcare bill which was upheld by the Supreme Court yesterday but this is just too good not to share!

However, people were calling it "Obamacare" before everyone even hammered out what it would be. It's a term mostly used by people who don't like the PPACA, and it's become popularized in part because PPACA is a really long and awkward name, even when you turn it into an acronym like that.

Anyway, the PPACA made a bunch of new rules regarding health care, with the purpose of making health care more affordable for everyone. Opponents of the PPACA, on the other hand, feel that the rules it makes take away too many freedoms and force people (both individuals and businesses) to do things they shouldn't have to.

So what does it do? Well, here is everything, in the order of when it goes into effect (because some of it happens later than other parts of it):

Already in effect:
- It allows the Food and Drug Administration to approve more generic drugs (making for more competition in the market to drive down prices)
- It increases the rebates on drugs people get through Medicare (so drugs cost less)
- It establishes a non-profit group, that the government doesn't directly control, [1] PCORI, to study different kinds of treatments to see what works better and is the best use of money. ( [2] Citation: Page 665, sec. 1181 )
- It makes chain restaurants like McDonalds display how many calories are in all of their foods, so people can have an easier time making choices to eat healthy. ( [3] Citation: Page 499, sec. 4205 )
- It makes a "high-risk pool" for people with pre-existing conditions. Basically, this is a way to slowly ease into getting rid of "pre-existing conditions" altogether. For now, people who already have health issues that would be considered "pre-existing conditions" can still get insurance, but at different rates than people without them.
- It renews some old policies, and calls for the appointment of various positions.
- It creates a new 10% tax on indoor tanning booths. ( [4] Citation: Page 923, sec. 5000B )
- It says that health insurance companies can no longer tell customers that they won't get any more coverage because they have hit a "lifetime limit". Basically, if someone has paid for health insurance, that company can't tell that person that he's used that insurance too much throughout his life so they won't cover him any more. They can't do this for lifetime spending, and they're limited in how much they can do this for yearly spending. ( [5] Citation: Page 14, sec. 2711 )
- Kids can continue to be covered by their parents' health insurance until they're 26.
- No more "pre-existing conditions" for kids under the age of 19.
- Insurers have less ability to change the amount customers have to pay for their plans.
- People in a "Medicare Gap" get a rebate to make up for the extra money they would otherwise have to spend.
- Insurers can't just drop customers once they get sick. ( [6] Citation: Page 14, sec. 2712 )
- Insurers have to tell customers what they're spending money on. (Instead of just "administrative fee", they have to be more specific).
- Insurers need to have an appeals process for when they turn down a claim, so customers have some manner of recourse other than a lawsuit when they're turned down.
- New ways to stop fraud are created.
- Medicare extends to smaller hospitals.
- Medicare patients with chronic illnesses must be monitored more thoroughly.
- Reduces the costs for some companies that handle benefits for the elderly.
- A new website is made to give people insurance and health information.
- A credit program is made that will make it easier for business to invest in new ways to treat illness.
- A limit is placed on just how much of a percentage of the money an insurer makes can be profit, to make sure they're not price-gouging customers.
- A limit is placed on what type of insurance accounts can be used to pay for over-the-counter drugs without a prescription. Basically, your insurer isn't paying for the Aspirin you bought for that hangover.
- Employers need to list the benefits they provided to employees on their tax forms.

8/1/2012
- Any health plans sold after this date must provide preventative care (mammograms, colonoscopies, etc.) without requiring any sort of co-pay or charge.

1/1/2013
- If you make over $200,000 a year, your taxes go up a tiny bit (0.9%). Edit: To address those who take issue with the word "tiny", a change of 0.9% is relatively tiny. Any look at how taxes have fluctuated over the years will reveal that a change of less than one percent is miniscule, especially when we're talking about people in the top 5% of earners.

1/1/2014
This is when a lot of the really big changes happen.
- No more "pre-existing conditions". At all. People will be charged the same regardless of their medical history.
- If you can afford insurance but do not get it, you will be charged a fee. This is the "mandate" that people are talking about. Basically, it's a trade-off for the "pre-existing conditions" bit, saying that since insurers now have to cover you regardless of what you have, you can't just wait to buy insurance until you get sick. Otherwise no one would buy insurance until they needed it.
- You can opt not to get insurance, but you'll have to pay the fee instead, unless of course you're not buying insurance because you just can't afford it.
- Insurers now can't do annual spending caps. Their customers can get as much health care in a given year as they need. ( [8] Citation: Page 14, sec. 2711 )
- Make it so more poor people can get Medicaid by making the low-income cut-off higher.
- Small businesses get some tax credits for two years.
- Businesses with over 50 employees must offer health insurance to full-time employees, or pay a penalty.
- Limits how high of an annual deductible insurers can charge customers.
- Cut some Medicare spending.
- Place a $2500 limit on tax-free spending on FSAs (accounts for medical spending). Basically, people using these accounts now have to pay taxes on any money over $2500 they put into them.
- Establish health insurance exchanges and rebates for the lower and middle-class, basically making it so they have an easier time getting affordable medical coverage.
- Congress and Congressional staff will only be offered the same insurance offered to people in the insurance exchanges, rather than Federal Insurance. Basically, we won't be footing their health care bills any more than any other American citizen.
- A new tax on pharmaceutical companies.
- A new tax on the purchase of medical devices.
- A new tax on insurance companies based on their market share. Basically, the more of the market they control, the more they'll get taxed.
- The amount you can deduct from your taxes for medical expenses increases.

1/1/2015
- Doctors' pay will be determined by the quality of their care, not how many people they treat.

1/1/2017
- If any state can come up with their own plan, one which gives citizens the same level of care at the same price as the PPACA, they can ask the Secretary of Health and Human Resources for permission to do their plan instead of the PPACA. So if they can get the same results without, say, the mandate, they can be allowed to do so. Vermont, for example, has expressed a desire to just go straight to single-payer (in simple terms, everyone is covered, and medical expenses are paid by taxpayers). 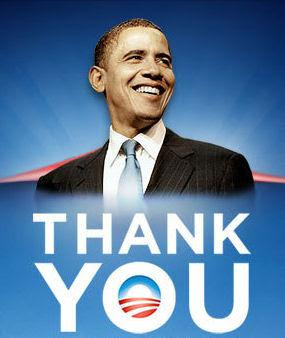